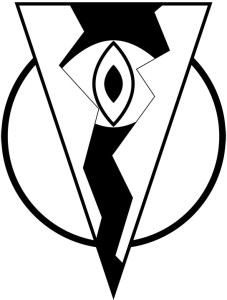 So, you’re giving orders to your Aspects and Minions, casting spells every which way, and you’ve created powerful items to aid you in your conquest. Then suddenly… a magical storm appears causing a huge amount of damage to everything on the map!

That’s the power of the Void. In each player’s deck will be void cards where, if drawn, will have you draw a card from the void deck. The cards here cause random effects.

You can have a monster appear on the map that begins wreaking havoc. The monster will attack both players’ teams alike so it’s best to deal with them as soon as possible. The monster will simply take over an entire side of the map having its card appear in one of the two void spots and attack both lanes that run by it. Any units in a lane next to the monster can attack during their turn. If you defeat a monster then your entire team will gain a powerful buff.

You can also draw a demi-god that will instantly become part of your team acting as an extra Aspect card. They come with their own abilities as well making them a great way to turn the tides or just plain trounce your foes. Keep in mind though that when a demi-god is defeated they’re gone for good.

Crazy weather effects can also be brought out causing various environmental problems. Raging thunderstorms will begin dropping lightning in random spaces causing damage to any units standing in them. Snow storms will lower visibility and slow everyone down. Volcanoes slowly destroy entire lanes and outright kill any who dare walk through.

Other effects like having your units returned to your hands, abilities simply not working for a turn, or gaining a health potion can also happen. The Void is crazy and will either help or hinder you. So, do you feel lucky?