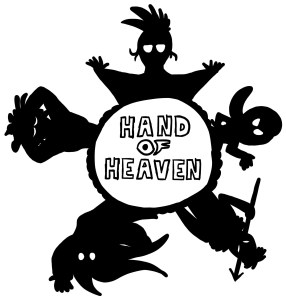 It is with a heavy heart that I must announce that we are putting the game on hiatus. We have some life issues that are getting in the way of the production of the game and feel it is unfair to those following us to keep updating on a game that may not ever get finished. I do apologize to everyone who showed interest in the project and appreciate you following us to see what kinds of ideas we were coming up with. Even if we never finish this project I do hope that maybe some of our ideas will have inspired someone else. 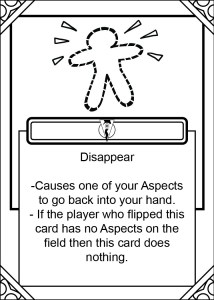 Oh, now this can be annoying. This card will make one of your Aspect cards return to your hand. Just imagine being in the middle of a battle and then all of a sudden one of your best fighters just up and vanishes. By the same token, seeing your enemy’s numbers dwindle can certainly help. It’s all about perspective, right? 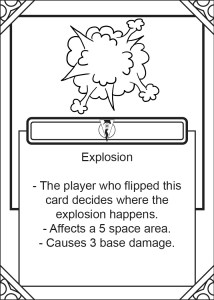 That’s right, this Void card just causes a big ol’s explosion straight up. It affects a good area too and though its damage may seem low remember that Minions and a lot of Aspect cards have low HP. If you’ve found a way to low your enemy’s defenses that can also really bring the hurt. Just remember that you can’t use this attack on anyone in a base. 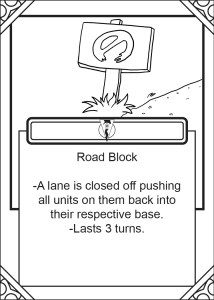 The Road Block card will completely shut down an entire lane pushing out all Aspects and placing them back in their respective bases. This can be great if you’re opponent is pressuring you, but just as bad if you’re trying to put on the pressure. Plus, with only two lanes to deal with that makes it a little harder to mess with your opponent’s head. 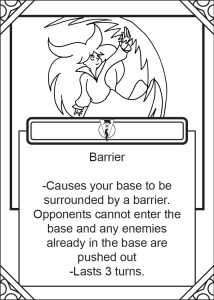 Alrighty! Let’s take a look at the Void deck. There’s a lot that can happen in this deck so always pay attention. It could be good or bad for you or your opponent. Hope you get lucky!

Lets start with a good card. The Barrier card will cast a giant shield over your base making it impenetrable for three whole turns. This could help you get your barrings in case your opponent had the upper hand as it pushes them out of the base too. 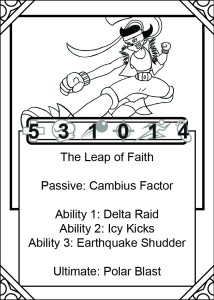 As with anything, you need to test to make sure everything works right. Well, we found some problems. The agility stat unfortunately could not work by itself. Considering it represented both accuracy and evasion it became pretty apparent that characters with high agility were decimating other lower agility type characters. So, we have decided to split the stat. Now there is a new stat called accuracy, represented by a target reticle, that determines if you hit a target and agility itself now only affects evasion. These two stats roll against each other and whichever is the highest wins. 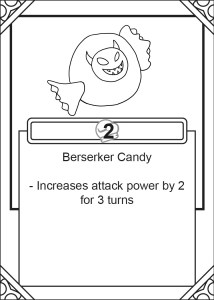 That’s quite the evil little picture on that wrapper. Hope it’s OK to eat.

Berserker Candy is great for when you need that extra boost of power. It increases all damage done by the user allowing for both regular and special abilities quite the boost.

Truly an evil way to blast your foes away for sure. 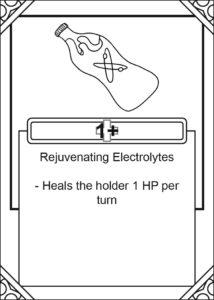 Oh man, a sports drink for super powered celestial beings? What will they think up next?

This crazy drink will heal whoever holds it every turn. This can be a great for Aspects that want to get in and then get out. Great for scouting missions. 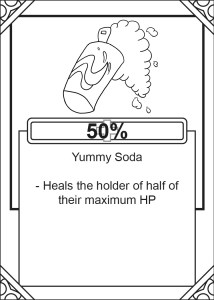 It says it’s yummy, but who knows what flavor that thing is.

The Yummy Soda is simple in design and use. The user holds it until they want to use it. They gulp it down and heal half their maximum HP. 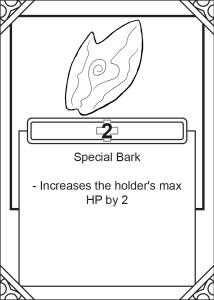 Hmm, there’s something about that spiral.

This piece of bark may seem pretty normal, but if an Aspect wears it then they gain an extra 2 health points to their maximum amount. Just about anyone can take advantage of this item. Help make a tank even more rigid or give it to a squishy character to help them survive that much longer. It’s surprising how useful a simple piece of wood can be.