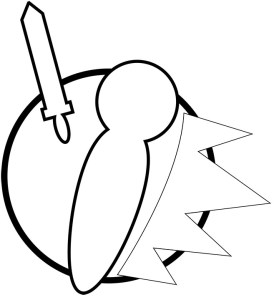 As awesome as the spells your casting are and as powerful as the Aspects you summon may be sometimes you need that little extra oomph to win. That’s where minions come in. They’re small and weak and can be easily taken out with a swift punch to the gut, but try doing that when you have a hundred of these little guys coming down on your fortress.

Minions exist for two reasons: First, to make sure that no stalemates happen and second, to ensure a game doesn’t go on for too long. Don’t wanna get bored because you and your opponent have been playing for five hours and neither of you can get a real foothold over the other.

Minions, like anything else, must be drawn from your deck in order to summon them. You can only summon one each time a Minion card is played but you can have as many on the board as long as you keep drawing Minion cards. Even when you have to reshuffle your deck after going through it all you can just keep using the Minion cards to summon even more of them. Even better, even if they get destroyed they will simply respawn the next turn and continue marching blindly forth.

Being small Minions can share the same space on the board as other allied Minions and even their allied Aspects. They simply move forward along the board’s spaces attacking any enemies that get too close. The idea is that you’ll eventually be able to flood the board with them hopefully pushing your enemies back and overtaking them.

Never underestimate Minions or you’ll find that big punches really do come in small packages… an army of small packages, that is.