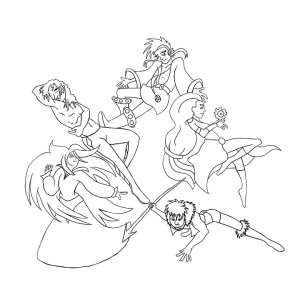 Say hello to the Creators, all powerful celestial beings. When they get bored they play what they call a “card game.” Each Creator has their own special power that effects their various creations and abilities. They cannot move though and so must wait in their base to be attacked by their opponent’s forces. But don’t worry, they aren’t just sitting ducks. They can cast powerful spells to help them survive. Their spells, unlike them, can effect any part of the board allowing them to do various things such as increasing the power of their own army or causing trouble for their opponent.